“Shelter Magic”: A Birthday Tribute The joyous “happy ever after” dog adoptio…

"Shelter Magic": A Birthday Tribute The joyous "happy ever after" dog adoption stories we post on Facebook come from four fundamentals: The forgiving/forgetting nature of dogs' personalities, hard work and resolve by shelter staff and volunteers, and an informed and willing public coming in to adopt the products of the former two. A fourth and overriding fundamental, of course, is the varying behaviors of the incoming community dogs. Some have experienced neglect, some have experienced love and pampering, some have experienced cruelty, some come in genetically flawed which their owners' training and work and love have not resolved, and some have experienced a "normal" dog's life. We rarely get accurate background information and so the first part of our work is figuring out who each dog is, and then we go from there. Being a "high save" shelter means we work with all these cases; and we have terms for them: The "non-socialized" (neglected), the "temperamentally challenged" (genetically flawed), the "behavioral cases" (cruelty) and the "scared-ies" (either neglected or loved/pampered now in a shelter). We are not just passive recipients and so keep thinking of longer term, structural and preventive strategies to alleviate some of these cases (we've written a couple of recent grant proposals outlining some projects). But in the meantime when facing the incoming flow, we maintain an optimistic approach because, frankly, being anything else would not help the dogs. Today is one of our volunteers' birthdays and she would want no better birthday present than a reminder of what compassionate effort, in shelter and community-at-large, can do for a dog. Her particular set of dogs she goes crazy over are the "scared-ies". The scared-ies are those animals who have a very hard time coming into the shelter, who emotionally shut down and move very little for their first days or weeks. They are either coming from very loving homes who hit some financial or medical or personal roadblock that precipitated their need to give up their dog, or they are coming in as strays from neglectful,non-interactive homes. We are a noisy, chaotic, animal populated place with little opportunity for an animal to find their person and security. Some animals don't mind our environment, but some soft ones suffer tremendously. Which is why when we see a "scared-y" come in, we try hard to find a way to get that animal back out quickly (which is hard because most potential adopters do not want an emotionally shut down animal). Most times we don't get that, but sometimes we and the dog and the community members coming in get lucky. Such is the case of Ringo. We got a phone call yesterday from a nice woman in Prineville, who called for no particular reason except to report on their adopted dog from about a month or two months ago. If there was ever a scared-y boy dog, Ringo was it — we attach his entry video, shot the day he became ours….and our hearts went out to this boy. As luck would have it, this couple from Prineville came a couple hours later to just look, not adopt. The volunteer showed them Ringo, and then left him in the room with them while she busied herself elsewhere. 10 minutes later they were still sitting in their chairs, Ringo hugging his body next to theirs. The volunteer thought the match a potentially good one, but more importantly she thought these were very nice people and this was a very nice dog who needed a chance to heal. She suggested they all go for a walk and they did. They really weren't prepared to adopt so she suggested "foster" — just so they could see who Ringo really was when he wasn't so shut down emotionally and help Ringo as well. They agreed and now, two months later, we got this phone message: "Hi there, this is XXX from Prineville. My husband and I adopted Ringo, now Woody, a while ago from your shelter. Anyway, I just wanted to tell you what joy this boy has brought into our household. His personality has emerged, he is a fun, playful little fellow and he has brought joy into our household. Thank you for all your help. Well that's it, I guess…just thank you." Low key, polite, calm, sweet. Just the home we wanted for Ringo. This story is a thank you to the kind couple who allowed our volunteer to keep pushing because they, too, saw the beauty and need in a soft shelter dog. This is also a birthday present to the volunteer. Shelter magic only works with lots of people's help … and if you keep trying. https://www.youtube.com/watch?v=rtssc8MI5voRingo 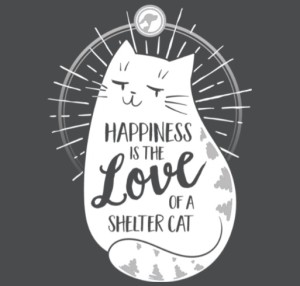